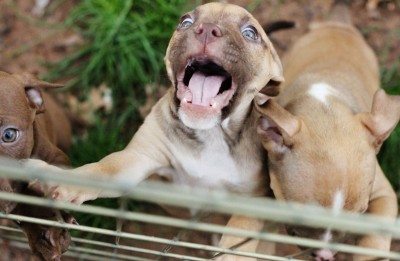 Whether your dog is 2 months or 2 years old, they can be housebroken.  The regime is basically the same with just a bit of variation.  In addition to you being successful with the housebreaking regime, the success of the dog is based on two things:  muscular and mental maturity.  In other words a two year old dog has better muscular and mental maturity than a 2 month old dog; therefore, the 2 year old dog will probably be successful a bit quicker than the 2 month old dog.   But, no matter the age or the history, if you follow this regime, you will set your dog up to be successfully housebroken.

Make certain your dog is being fed a very good diet.   All natural food with no preservatives, additives, or dyes, will aid in housebreaking.  Young dogs, old dogs and certain breeds can be prone to being sensitive to additives, preservatives and dyes used in dog food and they can create low grade urinary tract infection that presents itself just enough that the dog has some accidents in the house, but not enough for you to know to take him/her to the vet.  (It is strongly recomended you do your research on the food you feed and every 6 months or so, go to  www.consumeraffairs.com  and type in your dog food and see if there are any complaints being lodged against the food.)

Feed your dog at scheduled times only.   Do Not Free Feed Your Dog.  In other words, don’t leave food down all day for your dog to nibble at periodically.  Your dog will never develop a good appetite, he/she may become a picky eater, and you will never be able to establish a pattern of when your dog has to urinate or have a bowel movement.   In other words, I know when I feed my dogs in the morning they’ll go to bathroom 30 – 45 minutes later.  Whether you have a very young pup and are feeding three times a day, or an older pup or dog eating twice a day, put the food down at the same times every day, leave it for 10 -15 minutes.  If the dog is done eating and there is food left in the bowl, pick it up and that’s it for that feeding time.  Your dog will soon learn that he/she needs to eat all at once at each feeding, instead of nibbling throughout the day.  This develops a healthy appetite which in return helps the metabolism and the housebreaking process.

You’ll need a crate that is sized properly.  Plastic is probably better because the dog can’t pee and then splash it out of the crate onto the floor.  The crate should be just big enough for the dog to sit down, lie down and turn around in comfortably.  Not big enough for the dog to poop in one end of the crate and lie in the other end away from the poop.  Do not put anything absorbent in the crate such as a towel or bedding, otherwise, the dog may pee on it and push it to the back of the crate and not be at all bothered by it.   We want to tap into the dog’s hygienic instinct which should tell him/her not to soil where he/she has to dwell.  This is one of the two most valuable aspects of crate training.   (You also don’t want bedding or towels in the crate because your pup could chew it and ingest it and become very ill).

Here is a schedule for a typical day for housebreaking when you are home all day.  (For days you work or are out of the home, make certain you have someone that will come in and take your pup out in a timely manner which is age appropriate for your pup)    First

thing in the morning, take your pup outside (carry them if possible to avoid an accident on the way out), go out with them, and give it a word, “go potty”, etc.    When the dog goes, praise very heavily.  Do NOT use treats to reward – there is NO need and it will only create confusion, just praise!    Then take the pup in and feed him/her.  Right after the pup eats, take the pup out and tell him/her to “go potty”.  At this time, the puppy will usually do a bowel movement.  This bowel movement is actually food from the night before.  Praise heavily and bring pup inside.   Now the pup has earned the right to be out of the crate for about 30 – 45 mins (starting at 8 weeks and continuing until the pup is not having accidents in the house, then you can increase that time to 45 mins – 1 hour for a while until there are minimal accidents, then progress, etc.).While the pup is out of the crate, he/she is allowed access to only one room of the house at a time and ONLY while being supervised.  Gate off other rooms until pup is older and trustworthy!! After the appropriate amount of time out of the crate, take your pup outside and again tell him/her to “go potty”.  If the pup goes, same drill, he/she is allowed to come in and be out of the crate for the allotted number of minutes.  If the pup does not go potty, then he/she comes in and is NICELY  put in the crate – I do believe in treat training for the crate, so, just tell him/her nicely “kennel up” and toss in a small treat and praise.   Now, leave the pup in the crate until he/she begins to cue you that they need to get out and go outside and potty.  This is the second most valuable aspect of the crate – teaching the dog to cue you that he/she needs to go out.  The puppy doesn’t want to go potty in such close quarters, so, he/she will do something to try to get out – that is called cueing.  Your pup may bark, or circle a lot, or paw at the door, or whine, or pant. Every pup is different.   It will take you a little bit of time to discern which bark means which thing because he/she may just be protesting the crate, but, you’ll learn with time.  Upon receiving your dog’s cue, take him/her out, tell him “go potty” after he/she goes, praise and then they earn the right to be out of the crate again.    Continue and increase the amount of time the pup can be out of the crate every 2 weeks or so until you are not having any accidents and the puppy is giving you a cue while out of the crate (going to the door, standing and staring at you or panting, circling the perimeters of the room, whining).  Before you know it, your pup will be housebroken.

Most important – If your dog has an accident in the house whether you witnessed it or not, DO NOT SCOLD YOUR DOG!!!     Think about this now.  You dog is the most logical creature on earth.  So, if he/she doesn’t understand the difference between inside and outside and he/she pees and you scold them, what do you think they think they are being scolded for?  PEEING PERIOD!  NOT peeing inside.   So, what can happen is your dog will think you’ll scold them if they pee or poop, so when you take your dog outside on leash and say “go potty, go potty”, your dog thinks to himself “NO WAY – If I go potty in front of them, they’ll scold me”.   So instead the dog will wait until you go inside and when opportunity presents itself, the dog will go in another room or under a chair and pee and you’ll be none the wiser.  So, NO SCOLDING.  Just praise outside when he/she goes.  Also, NO treats – the dog doesn’t need treats in the mix, just praise.

If you are certain you are doing everything correctly and your dog is urinating in the house and outside, please have your vet check for a urinary track infection!   Good luck!