Nothing in Life is Free training tips 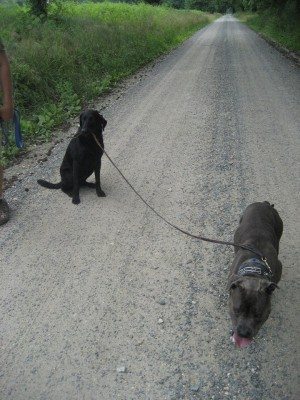 Nothing in Life is Free: A Dog Behavior Technique 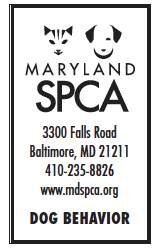 Does your dog: Get on the furniture and refuse to get off? Nudge your hand, insisting on being petted or played with? Refuse to come when called?
Defend its food bowl or toys from you? “Nothing in life is free” can help. “Nothing in life is free” is not a magic pill that will solve a specific behavior problem; rather it’s a way of living with your dog that will help it behave better because it trusts and accepts you as its leader and is confident knowing its place in your family.

How To Practice “Nothing in Life Is Free”

•       Once your dog knows a few commands, you can begin to practice “nothing in life is free.”

Before you give your dog anything (food, a treat, a walk, a pat on the head) it must first perform one of the commands it has learned. For example:

•    Once you’ve given the command, don’t give your dog what it wants until it does what you want. If it refuses to perform the command, walk away, come back a few minutes later and start again. If your dog refuses to obey the command, be patient and remember that eventually it will have to obey your command in order to get what it wants.

“nothing in life is free.”

The Benefits of This Technique

•    Most dogs assume a neutral or submissive role toward people, but some dogs will challenge their owners for dominance. Requiring a dominant dog to work for everything it wants is a safe and non-confrontational way to establish control.

•    Dogs who may never display aggressive behavior such as growling, snarling, or snapping, may still manage to manipulate you. These dogs may display affectionate, though “pushy” behavior, such as nudging your hand to be petted or “worming” its way on to the furniture in order to be close to you. This technique gently reminds the “pushy” dog that it must abide by your rules.

•    Obeying commands helps build a fearful dog’s confidence; having a strong leader and knowing its place in the hierarchy helps to make the submissive dog feel more secure.

Why This Technique Works

Animals that live in groups, like dogs, establish a social structure within the group called a dominance hierarchy. This dominance hierarchy serves to maintain order, reduce conflict and promote cooperation among pack mem- bers. In order for your home to be a safe and happy place for pets and people, it’s best that the humans in the household assume the highest positions in the dominance hierarchy. Practicing “nothing in life is free” effectively and gently communicates to your dog that its position in the hierarchy is subordinate to yours. From your dog’s point of view, children  also have a place in this hierarchy. Because children are small and can get down on the

dog’s level to play, dogs often consider them to be playmates, rather than superiors. With the supervision of an adult, it’s a good idea to encourage children in the household (aged eight and over) to also practice “nothing in life is free” with your dog.